TEHRAN (defapress) – Iranian Ambassador to London Hamid Baeidinejad said Britain’s top court has rejected a US lawsuit against the Islamic Republic and ruled that American courts’ verdicts cannot be pursued in the UK.
News ID: 78727 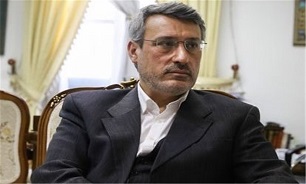 “After seven years, the UK Supreme Court rejected US lawyers’ request for a ruling that Iran should pay at least $512 million to compensate for US military casualties at the Saudi Khobar base (Heiser Case),” Baeidinejad said on his Twitter account on Tuesday.

The UK Supreme Court also announced that verdicts issued by US courts against other countries cannot be followed in the British judicial system, the envoy added.

“The UK Supreme Court’s ruling thus precludes the possibility of US lawyers’ new lawsuits (being filed in UK courts) against Iran,” he noted.

“This (UK) ruling becomes more important given Canada’s recent decision to sell the Iranian government’s properties in the country and shows how the US and Canada violate the most basic international regulations,” he stated.

A report by Global News last week said Canada has gifted some $30 million worth of Iranian assets to the victims of terrorist attacks in which Iran says has not been involved.

According to a document filed in the Ontario Superior Court of Justice revealed in August, the victims have received their share of the money earned through the sale of two Iranian-owned buildings in Ottawa and Toronto.

The valuable Ottawa property, sold for $26.5 million, was used as the Iranian Cultural Center, and the Toronto building, sold for $1.85 million, served as the Center for Iranian Studies, the Global News reported.

In addition to the $28 million earned from the sale of the two properties, the victims were also awarded a share of some $2.6 million seized from Iran’s bank accounts. Documents also list a Toyota Camry and Mazda MPV.

In particular, they include the family of Marla Bennett, a US citizen killed in a 2002 bombing that rocked the Hebrew University in Jerusalem al-Quds.

The attacks are mostly blamed on Palestinian and Lebanese resistance movements Hamas and Hezbollah. The families claimed that the Iranian government supported the two organizations and was therefore responsible for their actions.

Iran has denied any role in the attacks which the courts have based their cases to appropriate the country's frozen assets.