Venezuela's Maduro Due in Russia Soon

TEHRAN (defapress) – The Kremlin said on Friday that Venezuelan President Nicolas Maduro was due in Moscow soon.
News ID: 78752 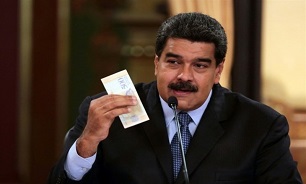 Maduro will visit Russia for talks, the Kremlin said, according to Reuters.

Russia has been one of Maduro’s major backers in the face of what it has described as unacceptable US efforts to undermine him, providing loans and help for Venezuela’s military and oil industry.

Russia considers Maduro as the only legitimate leader of the country amid an acute political crisis that erupted in Venezuela in January after opposition leader Juan Guaido proclaimed himself interim head of state.