TEHRAN (defapress) – At least 12 people were killed and several others wounded in a bus bomb attack in the vicinity of Iraq’s holy city of Karbala.
News ID: 78764 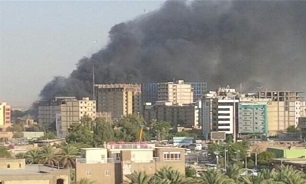 The deadly incident occurred on Friday night when an explosive device planted on the victims' bus was detonated, local police said, adding that the terror attack was carried out at a northern entrance to the city, setting fire to the vehicle.

They said the wounded were rushed to a nearby hospital. There was no immediate claim of responsibility for the blast, according to Press TV.

At least three members of Iraq’s security forces and one civilian were killed across Iraq on Saturday.

“Twelve civilians have been killed and five wounded in an explosion on a bus at the main checkpoint for the northern entrance to Karbala”, the city's health authorities separately said.

Such attacks in the mostly Shiite Muslim south of Iraq have been rare in recent years, especially after the territorial defeat of the Daesh Takfiri terrorist group in Iraq in 2017 and the routing of its al-Qaeda predecessors in the mid-2000s.

However, Daesh terrorists have continued to carry out regular attacks mostly against security forces in the north of the country.