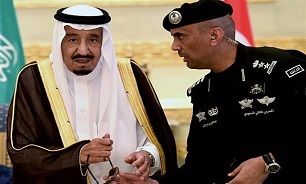 Major General Abdul Aziz al-Faghm was killed in the Red Sea port city of Jeddah, where the government relocates for the summer months, state television al-Ekhbariya reported on Sunday.

It did not say when the incident occurred or where exactly it took place.

Al-Faghm had also served as the personal bodyguard of late King Abdullah, according to local media.

Details remained vague. While officials posted condolences for al-Fagham, the first official word of his death came in a single tweet by Saudi state television.

State TV offered no other details. Hours later, the state-run Saudi Press Agency said the dispute saw a friend of al-Fagham shoot and kill him, as well as wound another Saudi and a Filipino worker there. A gunfight erupted as security forces responded to the home that saw the shooter killed and five members of the security forces wounded, the news agency reported.

The daily newspaper Okaz, while offering no details on the shooting that led to his death, described al-Fagham in a headline as, “The Keeper of Kings.”