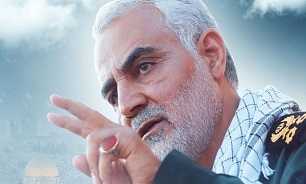 Ta'eb revealed that the terrorist team which had entered Iran last winter wanted to purchase a house near the mosque built by the late father of General Soleimani in Kerman in Southeastern Iran and then plant 350kg to 500kg of ammunitions in a canal to be dug under the mosque to detonate it and assassinate General Soleimani when he came to the mosque as an annual tradition for Tasou'a and Ashoura mourning ceremony for the third Imam of Shiites Imam Hossein (AS) late in Summer.

"They wanted to launch a religious war by this ominous measure and say that it was a retaliation operation from inside the country," he added.

Ta'eb underlined that the 3-member terrorist team who had even moved to a neighboring country to be trained for the assassination operations came under raid thanks to the IRGC's intelligence superiority, and added that they were all captured at the order of the IRGC commander before Ashoura and Tasou'a (September 9 and 10).

The enemies were so much confident of the success of the Arab-Israeli plot that Israel's Prime Minister Benjamin Netanyahu had said earlier that they would assassinate General Soleimani but the plot was foiled and the terrorists were arrested by the IRGC intelligence forces, he concluded.

Al-Jarida, which in recent years had broken exclusive stories from Israel, quoted a source in Jerusalem as saying that "there is an American-Israeli agreement" that General Soleimani is a "threat to the two countries' interests in the region."

It is generally assumed in the Arab world that the paper is used as an Israeli platform for conveying messages to other countries in the Middle East.