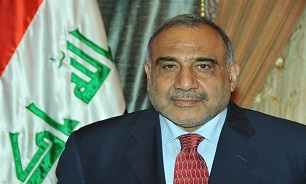 Abdul Mahdi said there was no ‘magic solution’ to Iraq’s chronic governance problems and graft but pledged to try to pass a law granting poor families a basic income, Reuters reported.

He gave his remarks in a televised speech as protesters demanded the fall of the government.

The prime minister said protesters’ calls to end corruption were “correct” but said the government must be helped to carry out its duties. Ministerial amendments must be approved by parliament.

Abdul Mahdi on Wednesday declared a curfew in Baghdad until further notice after at least seven people were killed and more than 400 were injured during two days of anti-government demonstrations.