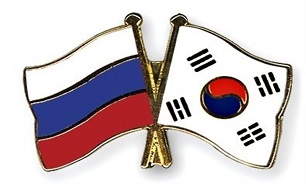 Moon made the request to Valentina Matviyenko, chairwoman of the Russian Federation Council, on Monday as they met after attending the 141st assembly of the Inter-Parliamentary Union in Belgrade, Serbia.

He referred to a visit to Russia on Oct. 23-24 by a delegation of North Korea's parliament, known as the Presidium of the Supreme People's Assembly. The North Korean delegation will make the visit at the invitation of Matviyenko.

During his talks with the leader of the Russian upper house, Moon sought Russia's support for Seoul's policy for complete denuclearization and lasting peace on the Korean Peninsula.

"Please stress the importance to the North Korean delegation that only after North Korea's denuclearization is done, all could get something of a win-win that benefits everybody," he said, calling for South and North Korea and Russia to promote economic projects on railways, natural gas and electricity, Yonhap news agency reported.

Moon also asked Matviyenko to propose to the delegation that the parliaments of the two Koreas promote exchanges and cooperation.

In reply to Moon's requests, the Russian parliamentary leader vowed to promote cooperation among the three countries, to persuade the North Korean delegation into taking part in next year's meeting of the Speakers of Eurasian Countries' Parliaments on Bali Island in Indonesia, and to play a role in the activation of inter-Korean parliamentary exchanges.