TEHRAN (defapress) – Minister of Industry, Mine and Trade Reza Rahmani said that his ministry has targeted for manufacturing as many as 200 freight ships this year.
News ID: 79015 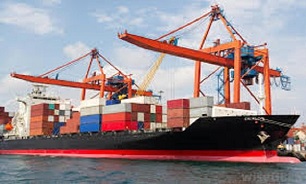 In line with realizing objectives for the development of offshore industries, development of 200 cargo ships, costing €300 million, was put atop agenda of the ministry.

He made the remarks in Bushehr province on Thu. on the sidelines of reviewing trend of activity of Iran Marine Industrial Company (SADRA).

It is estimated that construction of 200 cargo ships will generate 60,000 direct employments and also more than 100,000 indirect jobs, Rahmani stated.

Turning to the activity of Iran Marine Industrial Company (SADRA), the minister of industry said, “designing, manufacturing, transferring and installing gas platforms by domestic expert engineers are some important achievements that have been fully materialized in this company.”