TEHRAN (defapress) – Secretary-General of Lebanese Hezbollah Hassan Nasrallah warned of the dangerous situation the country is facing amid protests, calling on Lebanese political leaders to shoulder their responsibilities.
News ID: 79032 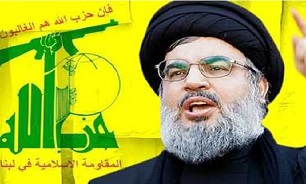 In a televised speech on Saturday, Nasrallah said whoever runs away from responsibility should be held accountable by the Lebanese people.

“Any new parliamentary elections will have the same results we have today ... we support the current government but with a new agenda and a new spirit,” Nasrallah was quoted as saying by Lebanese satellite television station A-Manar.

Mass rallies have broken out in several areas in Lebanon in protest of imposing new taxes on Lebanese citizens.

Thursday’s biggest protest took place in Beirut, where thousands gathered in Riad al-Solh Square near the Grand Serail. Other protests took place in several areas across the country, including Tripoli, Bekaa, Sidon and Tyre.

Nasrallah said, “What happened throughout these couple of days confirms that solving problems through taxes will lead to crises.”

“In the current situation, there are two major dangers; the first is financial and economic collapse, the second is the danger of a popular explosion,” the Hezbollah chief warned.

Noting that there is a deep distrust from people towards the authorities, Nasrallah said, “Any new parliamentary elections will bring the same current parliament.”

He appreciated the Lebanese people’s outcry as “a powerful message that was successfully sent to the government.”

Addressing those who want to overthrow the presidency, Nasrallah said, “you’re wasting your time.”

“We’ll never abandon our people, we’ll not allow this country to be torn out or drowned,” he added.

He reiterated the resistance’s stance toward the protests, saying, “When necessary, we’ll call for protests, we reject all taxes against poor people.”

“Those who shirk responsibility shall be tried,” Nasrallah stressed.