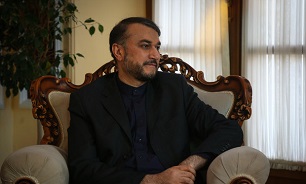 “The American-Israeli puppets have set the region on fire by the #Saudi petrodollars to keep their masters in power,” he tweeted on late Sunday.

“The US-made #Baghdadi is expired. However, the US-backed terrorists are yet in #Idlib, waiting for order to fire,” he added.

US President Donald Trump said on Sunday that the ringleader of ISIL terrorist group Abu Bakr al-Baghdadi was killed in a US raid on his compound in Syria's northwestern Idlib province on Saturday in an operation of the US Special Forces.

The same Trump admitted several times that ISIL was a US-made product. In August 2016, Trump said Barak Obama had founded ISIL and that the terrorist group “honors” him, according to New York Times.