Ambassador Warns Russians Travelling to US Should Be on Their Guard

TEHRAN (defapress)- Russian Ambassador to the US Anatoly Antonov advised Russian citizens to be on their guard during their trips to the United States.
News ID: 79111 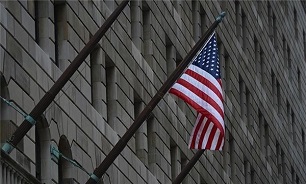 "As for coming here (to the US), of course, every Russian national, I have to say that, should be extremely careful when he or she is travelling to the United States of America," he told the Bolshaya Igra (Big Game) TV program on Russia’s Channel One.

Antonov noted that one of the priorities of the Russian Embassy in the US was "the protection of 100 Russians in American prisons".

"For us, it makes no difference whatsoever what position this or that Russian citizen held or holds. For us, all of them are our fellow countrymen, and our task is to ensure their speedy release," he added.

"We tried not to attract the attention of the media, because this kind of work requires ‘silence.’ We worked with the Department of State and the relevant agencies, monitored Maria’s movement, her state of mind and physical condition. As soon as we saw that she was treated too harshly, we intensified our efforts," Antonov explained.

Butina, 30, was arrested in Washington on July 15, 2018, ahead of a meeting between Russian President Vladimir Putin and his US counterpart Donald Trump in Helsinki. She was charged with conspiracy to act as a foreign agent in the United States. US intelligence services argued that the Russian citizen carried out this activity without being registered as an agent of a foreign state with the Department of Justice. On April 26, Butina was sentenced to 18 months in prison. Moscow stated that the charges had been trumped-up and demanded her release from custody. Butina's sentence ended on Friday, October 25, and she returned to Russia on Saturday.