Iran Condemns US’ Instrumental Use of Terrorism 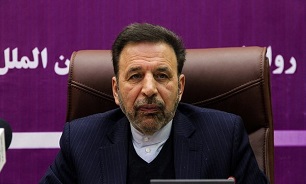 “The question is why both al-Baghdadi and Bin-Laden are killed on the threshold of the US elections,” Vaezi said on Monday, and noted, “Killing them is to be used as a trump card for winning elections.”

“It is for sure that terrorism will not be uprooted until Washington and its allies stop supporting terrorist groups in the region,” he underlined.

“Fighting terrorism is a justified action by any country. However, according to confessions of the same US officials, the ISIL was formed by the US itself in the region and was supported as long as it acted in its interests carrying out parrot terrorist actions and waging wars in the region,” Vaezi added.

His remarks came after, on Sunday, Trump made a rare address from the White House informing the world that al-Baghdadi was eliminated in Northwest Syria in a “daring nighttime raid” with the involvement of US special forces, planes, helicopters and drones, RT reported.

The ISIL leader met his end “crying and screaming” in the face of the Americans’ might, he stated.

Hours later, in an opinion piece, Iranian Government Spokesman Ali Rabiyee said the fight against the ISIL and its brand of terror will go on even after Syria retakes its territories from the outfit and will only end when American troops and all other foreign forces "illegally" present in the country leave.

The concept of terrorism is still thriving "through American policies and regional petrodollars," the Iranian official said, adding that it is the "terror-nurturing swamps that need to be drained."

Rabiyee added that the United States was doing its utmost to depict "invasion and cruel sanctions" as part of its struggle against terrorism, while in fact terrorism in the Middle East and Northern Africa is caused by "military-intelligence policies, plundering oil and supporting tyranny."

The Russian entity insisted that “there were legitimate questions and doubts about the very fact [of the US operation] and, especially, its success”.

Moscow pointed out that it recorded no US coalition airstrikes in the Idlib area in Northwest Syria on Saturday when the raid was held.

It also rejected Trump’s claims that Russian forces opened up the airspace under its control in Syria to American planes to facilitate the operation against the ISIL leader.

The defense ministry questioned the very possibility of al-Baghdadi’s presence in Idlib as the area is held by Al-Qaeda offshoot, al-Nusra Front, who have always been mortal enemies of the ISIL.

Moscow noted that the ISIL was crushed in Syria in early 2018 in a joint effort by the government in Damascus and the Russian forces, meaning that yet another report of al-Baghdadi’s demise “bears no effect on the operational situation in Syria or on the actions of the remaining terrorists in Idlib”.