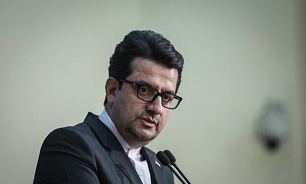 “Sanandaj (in Music), Bandar Abbas(in Crafts & Folk Arts) joined UNESCO's Network of Creative Cities after Rasht (in Food) & Isfahan (in Crafts),” he tweeted on Friday, adding that this is “A new opportunity for Iranian cities to seize global experiences and present their possessions to the world in a more effective manner.”

To mark World Cities Day, which is celebrated on October 31, UNESCO has admitted a total of 66 new members to its Creative Cities Network for demonstrating a rich heritage in gastronomy, music, literature, cinema, folk art and design. The newest entries bring the network to a total of 246 Creative Cities.

UNESCO Director-General Audrey Azoulay on Wednesday announced that 66 cities (including Bandar Abbas and Sanandaj) have been designated as UNESCO Creative Cities, the UNESCO website reported.

Previously, two other Iranian cities namely Isfahan and Rasht had been added to the prestigious list, respectively for “Crafts and Arts” and “Gastronomy”.

“All over the world, these cities, each in its way, make culture the pillar, not an accessory, of their strategy,” Azoulay said in a statement.

“This favors political and social innovation and is particularly important for the young generations.”

The UNESCO-designated World Cities Day aims to showcase exceptional cities that are examples of “innovation and collective intelligence” for the future.

UNESCO says that the member cities that form part of the Network come from all continents and regions with different income levels and populations. They work together towards a common mission: placing creativity and the creative economy at the core of their urban development plans to make cities safe, resilient, inclusive and sustainable, in line with the United Nations 2030 Agenda for Sustainable Development.