TEHRAN(defapress) – Chairman of Iranian Parliament’s National Security and Foreign Policy Commission says the government should take its next step to reduce commitments under the 2015 nuclear deal in order to push the European parties to live up to their responsibilities.
News ID: 79177 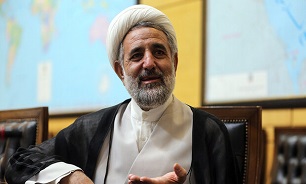 “The Fourth nuclear step should be taken more firmly so as to push the Europeans to fulfill their commitments to the deal,” Mojtaba Zonnour told Mehr on Sunday.

“Since the US’ withdrawal from the deal, I suggested the government to talk all its retaliatory measures in a single step, instead of giving the parties two-month ultimatums,” he said, stressing that this would be more effective in reaching Iran’s interests regarding the deal.

He noted that Iran has many options in the fourth step, including, installation of advanced centrifuges, increasing heavy water stocks.

Iran and the five permanent members of the United Nations Security Council – the United States, France, Britain, Russia and China – plus Germany signed the nuclear deal – known as the Joint Comprehensive Plan of Action – on July 14, 2015, and started implementing it on January 16, 2016.

Under the deal, Iran undertook to put limits on its nuclear program in exchange for the removal of nuclear-related sanctions.

However, US President Donald Trump pulled his country out of the international nuclear deal in May last year and stepped up sanctions on the Islamic Republic.

Since May, Iran has rowed back on its nuclear commitments twice in compliance with articles 26 and 36 of the JCPOA.

Iran says its reciprocal measures will be reversible as soon as Europe finds practical ways to shield the Iranian economy from unilateral US sanctions, which were imposed last year when Washington withdrew from the nuclear deal.

The European signatories to the JCPOA have so far failed to uphold their commitments. They have expressed vocal support for the deal but failed to provide meaningful economic incentives as required under the nuclear agreement.