China Has No Plans to Join Russia-US Disarmament Talks

TEHRAN (defapress) - China is ready to reduce its nuclear arsenals, but Beijing is not planning to join the talks between Moscow and Washington on disarmament, Director-General of the Chinese Foreign Ministry’s Department of Arms Control Fu Cong said on Friday.
News ID: 79220 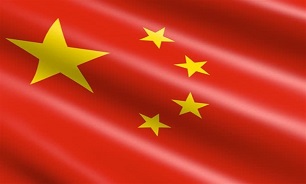 "China is neither refraining from meeting its commitments nor from responsibility. We are ready to reduce our nuclear arsenals to fair levels. If other countries’ arsenals are at China’s level, we are ready to join this process," the diplomat said, the Tass news agency reported.

"But it is unrealistic to expect that China will join trilateral talks [with Russia and the US on disarmament]."

On August 2, US Secretary of State Michael Pompeo said that Washington was officially withdrawing from the Intermediate-Range Nuclear Forces (INF) Treaty. He explained this decision by Russia’s refusal to meet the US demand to destroy its new 9M729 cruise missiles, which, according to the US and its NATO allies, violated the INF Treaty. Russia rejected these demands, saying that the technical parameters of these missiles complied with the treaty’s provisions.

China condemned the US withdrawal from the treaty with Russia, calling on the White House to honor its commitments. In its turn, Washington has earlier repeatedly called for drawing up a similar treaty that should involve China.

The INF accord, signed by the Soviet Union and the United States on December 8, 1987, took effect on June 1, 1988. It covered deployed and non-deployed ground-based missiles of intermediate range (1,000-5,000 kilometers) and shorter range (500-1,000 kilometers). Washington accused Russia of violating the deal on numerous occasions, but Moscow firmly dismissed all accusations, countering the US claims by expressing grievances over Washington’s non-compliance.