TEHRAN (defapress) – Iranian Parliament Speaker Ali Larijani ordered the Civil Commission to dispatch a delegation of MPs to earthquake-stricken villages in the northwestern province of East Azarbaijan to examine the rescue process in the areas.
News ID: 79245 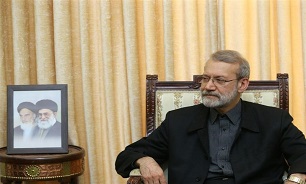 In a telephone conversation with Chairman of Civil Commission Mohammad Reza Rezaei on Saturday evening, Larijani was briefed on the latest situation of the quake-hit people.

The parliament speaker also assigned Rezaei to send a delegation to East Azarbaijan to monitor the rescue and relief efforts and present a report to the parliament.

He further stressed the need to mobilize all facilities and equipment to help the people and accelerate the reconstruction of the houses damaged in the temblor.

The strong earthquake hit an area near the northwestern city of Tark, around 120km from the provincial capital Tabriz, at 2:17 a.m. local time.

Iran is one of the most seismically active countries in the world, being crossed by several major fault lines that cover at least 90% of the country. As a result, earthquakes in Iran occur often and are destructive.

On November 12, 2017, the western province of Kermanshah was hit by a major 7.3-magnitude quake that killed 620 people.

The deadliest quake in Iran's modern history happened in June 1990. It destroyed the northern cities of Rudbar, Manjil, and Lushan, along with hundreds of villages, killing an estimated 37,000 people.

Bam in the country’s southeastern province of Kerman witnessed a strong quake in December 2003 which killed 31,000 people.