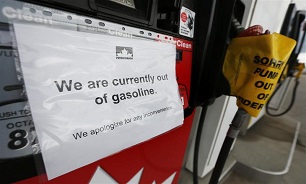 Some 3,200 unionized employees, including conductors and yard workers, hit picket lines on Tuesday in the biggest such action in a decade. The strike over working conditions has slowed output at industrial plants making chemicals, canola oil and other products, Reuters reported.

It has also held up deliveries of propane, used to heat homes in some provinces and to fuel crop dryers for farmers.

Canada’s Transport Minister Marc Garneau said he wants the strike “to end as soon as possible,” adding that he believes collective mediation is the quickest and best way to resolve the dispute despite differences between the sides.

“We are completely seized with the situation that exists at the moment. We know that with this strike there is a large impact economically to all regions of Canada,” Garneau told reporters in Ottawa on Thursday.

“It’s something that’s never been experienced,” she said, adding that the government should deem propane as an essential product for railways to move without interruption.

Farmers cannot wait any longer for propane, with crops harvested wet from the field and needing to be dried, said Markus Haerle, chairman of Grain Farmers of Ontario.

A senior source in the ruling Liberal Party said mediation was the best option because Trudeau has yet to reconvene Parliament and once he does do, several procedural steps would be needed before back-to-work legislation could be introduced. “Any solution is weeks away if you go that route,” the source said on condition of anonymity.

Shippers eager to reach customers are already tapping other options.

Major retailers and pulp and paper companies have started hiring trucks from Montreal-based Fuel Transport, even though they cost more than rail, said President Robert Piccioni. Others are just waiting for the strike to end.

“When things like this go off the rails, we can ramp up and give (customers) the extra capacity. But as soon as rail comes back, it’s gone.”

Piccioni was notified of a customer ordering 50 trucks to haul food-grade liquids.

That will require more tanks than Fuel Transport owns, but Piccioni said he would buy or rent the additional equipment.

“There’s immense pressure on my team to get this done,” he said.

CN Rail Chief Executive JJ Ruest said in a statement on Thursday he regretted that customers were inconvenienced and was committed to finding a solution.

The union’s concerns center on issues like worker fatigue and rest breaks.

“They want to work our conductors longer and make them perform more duties over that period, said Lyndon Isaak, president of the TCRC.

He said that workers were “extremely happy” with Trudeau’s government for supporting talks.

Canada relies on CN and Canadian Pacific Railway to move crops, potash, coal and manufactured goods to ports and the United States.

Credit Suisse highlighted the impact on Hudbay Minerals Inc from the strike in a note, saying its sales would lag and inventory would pile up if the strike continued.