TEHRAN (defapress) – US President Donald Trump wants an impeachment trial to go forward in the US Senate because he would receive due process there and he expects Democratic presidential candidate Joe Biden would be among the witnesses, a White House spokesman said.
News ID: 79319 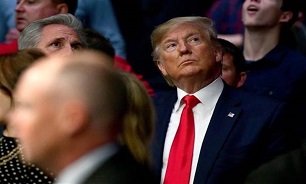 “President Trump wants to have a trial in the Senate because it’s clearly the only chamber where he can expect fairness and receive due process under the Constitution,” spokesman Hogan Gidley said in a statement on Thursday, Reuters reported.

“We would expect to finally hear from witnesses who actually witnessed, and possibly participated in corruption - like Adam Schiff, Joe Biden, Hunter Biden, and the so-called Whistleblower, to name a few,” Gidley said, referring to House of Representatives Intelligence Committee Chairman Schiff, who is leading an impeachment inquiry into Trump.