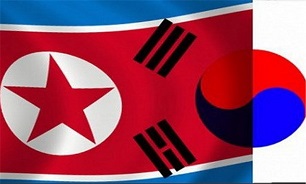 South Korean President Moon Jae-in sent a letter of invitation to Kim on Nov. 5, with an offer for an envoy to attend if he was unable to participate in the event, the official KCNA news agency said.

Moon will host leaders of the Association of Southeast Asian Nations (ASEAN) in the South Korean port city of Busan next week to celebrate the 30th anniversary of their partnership, and has said Kim might join them.

While thanking Seoul for the invitation, North Korea requested the South’s “understanding that we could not find any legitimate reason” for Kim to participate, KCNA said.

The statement accused South Korea of harming relations by depending on the United States in resolving inter-Korean issues.

“It is perplexing that they proposed discussing inter-Korean relations at such an unfitting multilateral venue, even after experiencing failures by relying so much on the United States,” KCNA said, Reuters reported.

The two Koreas undertook a flurry of diplomacy including three summits last year, during which Moon and Kim agreed to improve ties and restart stalled business initiatives.

But there has been no significant progress amid tightening sanctions aimed at the North’s nuclear and missile programs, and lackluster denuclearization talks between Pyongyang and Washington.