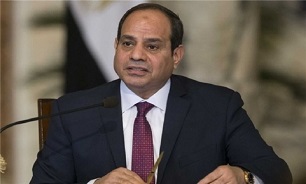 "The SSSP has become a central tool of repression whose primary goal appears to be arbitrarily detaining and intimidating critics, all in the name of counterterrorism," Luther added.

The group's damning report documents the cases of scores of human rights defenders and critics of the government who have been brought before the SSSP between 2013 - when el-Sisi seized power in a military coup - and 2019.

It has based its conclusions on more than 100 interviews and reviews of official court and police documents, medical records and videos as well as reports by NGOs and United Nations agencies.

Of the 138 highlighted cases, Amnesty announced that 56 individuals were arrested for participating in protests or for statements they made on social media, while 76 were arrested based on their political or human rights activities or background, and six were accused of involvement in incidents of violence.

The report also highlighted the case of Al-Jazeera journalist Mahmoud Hossein, who has been imprisoned without any formal charges in Egypt for more than 1,000 days.

Hossein, an Egyptian national who works for the Al-Jazeera Arabic television channel in Qatar, was arrested on arrival in Egypt on December 20, 2016, while on a personal visit to see his family.

"There's no judicial oversight. We're talking about a completely closed circuit," Baoumi stated, adding, "If these cases were referred to trial, people would be acquitted at once", as the state's accusations are based on confidential police reports.

In September, Egyptian security forces carried out a harsh crackdown to stamp out small but rare anti-government protests.

The SSSP played a critical role in sweeping up thousands of people on charges of "terrorism", the report said.

The prosecution agency renews people's detentions for months and years without evidence, denying them access to lawyers and a fair chance to appeal, it added.

Enforced disappearances were also highlighted in Amnesty's report, which documented 112 such cases for periods of up to 183 days by security forces.

Amnesty noted that SSSP investigations into allegations of torture and enforced disappearance by the police intelligence division, amount to a whitewash.

The SSSP routinely buries evidence of police abuse and gives credence to confessions extracted with torture, drawing on court documents and interviews with dozens of witnesses.

Under el-Sisi, Egypt has seen a "meteoric rise" in cases of prosecution by SSSP, according to Amnesty. The report drew attention to the expansion of the branch's covert role since a court declared indefinite administrative detention unconstitutional in 2013.

There was no immediate comment from the government on Amnesty's report, but authorities have repeatedly denied charges of violations or police brutality. Authorities say they are fighting "terrorism" and have accused rights groups of working with foreign entities to undermine the state.

El-Sisi led the 2013 military's removal of Mohammad Morsi, the country's first democratically elected president, after his one-year rule sparked mass protests. Morsi, a member of Egypt's Muslim Brotherhood, died in June after collapsing inside his soundproof glass cage while on trial in a Cairo courtroom.