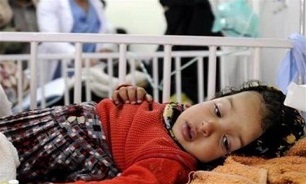 The sixth victim was a little girl who lost her life in a similar strike on the Upper al-Jah area of Bayt al-Faqih district in Hudaydah. Her mother and four sisters were also injured in the shelling.

The US-based Armed Conflict Location and Event Data Project (ACLED), a nonprofit conflict-research organization, estimates that the war has claimed more than 100,000 lives ever since.

The United Nations says over 24 million Yemenis are in dire need of humanitarian aid, including 10 million suffering from extreme levels of hunger.

An estimated two million children in Yemen are currently suffering from acute malnutrition, including 360,000 under five years old, according to recent UNICEF reports.