US panel sets deadline for Trump to attend impeachment hearings

TEHRAN (defapress) – A US congressional panel on Friday gave President Donald Trump one week to say whether his legal counsel intends to introduce evidence and call witnesses in upcoming impeachment proceedings that could lead to formal charges of misconduct within a few weeks.
News ID: 79437 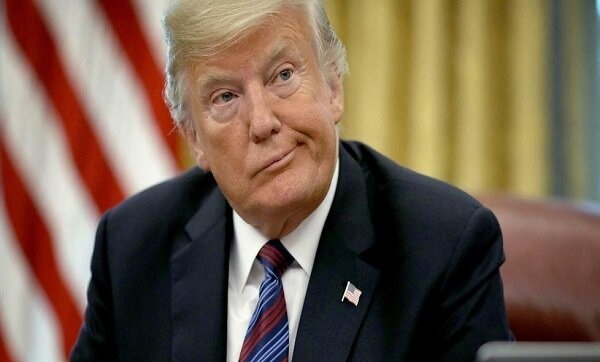 The Democratic-led House Judiciary Committee, which is due to begin weighing possible articles of impeachment against Trump next week, sent a two-page letter to the president setting a deadline of 5 p.m. EDT (2200 GMT) on Dec. 6 for the president’s counsel to specify intended actions under the committee’s impeachment procedures, Reuters reported.

The procedures set out rules by which the president can call witnesses, introduce evidence and make presentations.

Panel Democratic Chairman Jerrold Nadler set the same deadline for Republican lawmakers on the committee to notify him about intended witnesses and evidence and scheduled a Dec. 9 meeting to consider the matter.

The Judiciary panel is expected to hold a series of impeachment proceedings, including an initial hearing on Wednesday at which legal experts are due to testify about the constitutional grounds for impeachment. The committee invited Trump to participate in the hearing and gave him until 6 p.m. EST (2300 GMT) on Sunday to say whether he or his legal team would attend.

The impeachment probe is looking into whether Trump abused his power to pressure Ukraine to launch investigations of political rival Joe Biden and a discredited conspiracy theory promoted by Trump that Ukraine, not Russia, interfered in the 2016 US presidential election.

After weeks of closed-door witness depositions and televised hearings, three investigating panels led by the House Intelligence Committee are due to release a formal report soon after lawmakers return to Congress on Tuesday from a Thanksgiving recess. The report will outline evidence gathered by lawmakers on the panel, along with those on the Foreign Affairs and Oversight committees.

After Wednesday, the Judiciary panel, which could recommend a full House impeachment vote before Christmas, is expected to hold a hearing to examine the evidence report and further proceedings to consider formal articles of impeachment.

House Democrats aim to resolve the question of Trump’s impeachment by Christmas. If the House impeaches him, the Republican-controlled Senate would hold a trial to determine whether he should be convicted and removed from office.

Political analysts say the ultimate verdict will come in next year’s US elections for president and Congress, and candidates from both parties have used the impeachment issue to ramp up their campaigns.

Democratic House Speaker Nancy Pelosi, who launched the impeachment inquiry on Sept. 24, on Friday asked supporters in an email from her campaign committee to condemn Trump’s actions.

“President Trump used taxpayer money to bribe foreign countries to influence the 2020 elections for his own political gain,” she said in the email which asked recipients to register their disapproval on her campaign website.