TEHRAN (defapress) – Iran’s anti-narcotics police forces have managed to capture 230 kilograms of illicit drugs in a single operation in the central province of Yazd, a provincial police commander announced on Thursday.
News ID: 79499 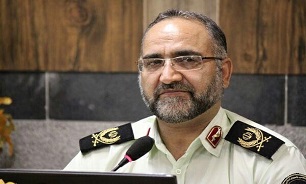 Second Brigadier General Mohammadreza Mir-Heidari said that following comprehensive intelligence activities, the police forces traced the haul of the illicit drugs in a Peugeot sedan, which was destined for the northern parts of Iran.

Three offenders were also captured during the operation, he added.

The police chief noted that the illegal load had entered Yazd from the southeastern parts of the country, which borders Afghanistan.

The war on drug trade has also claimed the lives of nearly 4,000 Iranian police officers over the past four decades.