TEHRAN (defapress)- Sudan's new Prime Minister Abdalla Hamdok vowed to withdraw troops from the Saudi-led war in Yemen, saying his country's role should be limited to assisting in a political resolution of the conflict.
News ID: 79510 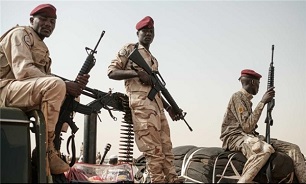 "The conflict in Yemen has no military solution, whether from us or from anywhere in the world," Hamdok told the Atlantic Council, a US-based think tank, on Thursday, according to presstv.

He added that the war "has to be resolved through political means", and that his country will seek to "help our brothers and sisters in Yemen and play our role with the rest to help them address this".

Sudan has been one of the main contributors to the so-called Saudi coalition against Yemen, formed in 2015 in a bid to install a pro-Saudi government in Sana'a and crush Yemen's Houthi Ansarllah movement.

According to reports, up to 40,000 Sudanese troops were deployed in the country during the peak of the conflict in 2016-2017.

Late October, however, Sudanese officials announced that the country had withdrawn thousands of troops from Yemen, with only a "few thousand" remaining.

Speaking on Thursday, Hamdok noted that "not many" Sudanese forces remain in Yemen.

Hamdok, who is leading the country's transitional government in a power-sharing pact with the military, further stated that he will be "absolutely" able to withdraw the remaining troops from Yemen.

The new prime minster added that his government had "inherited" the deployment in Yemen from Sudan's former president Omar Hassan al-Bashir who was ousted following a popular uprising against his rule in April.

Hamdok pledged to "address" the country's involvement in the Saudi-led war "in the near future" without further elaborating on the matter.

While Sudanese officials have abstained from publishing official casualty numbers in Yemen, Yemen's armed forces have said a total 4,253 Sudanese troops have been killed in the conflict.

The developments come as the Saudi-led mission in Yemen has come to a standstill due to the resistance and increasingly sophisticated attacks of Yemeni forces.

Earlier this year, the United Arab Emirates (UAE), Riyadh's most influential partner in the war, was reported to have withdrawn most of its troops from Yemen.

UAE officials have reached the conclusion that the war has become "unwinnable" and that the Houthis will eventually "have a role in the future in Yemen", according to reports.

Fearing a zong-lasting quagmire in Yemen, Riyadh has also been reportedly seeking to negotiate an end to the conflict through discussions with the Houthis.