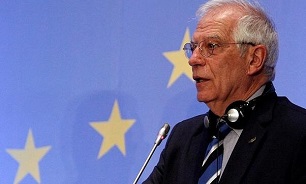 “#JCPOA is crucial for global security & nuclear non-proliferation,” High Representative of the EU for Foreign Affairs and Security Policy, Josep Borrell, wrote in a tweet on Saturday.

“We have collective responsibility to preserve #IranDeal,” he stressed.

Borrell had previously said that European Union has the “greatest interest” in the survival of the Iran nuclear deal.

His remarks come as the nuclear agreement has long ceased to be economically beneficial to Iran following the US’ unilateral withdrawal from the pact and lack of any practical measures from the European signatories to the deal to secure Iran’s economic interests in the face of US sanctions.

A year after the US’ withdrawal, Iran began taking measures to reduce its commitments to the JCPOA in a bid to create a balance between its rights and obligations and also to encourage the other parties to live up to their own share of commitments to keep the agreement alive.