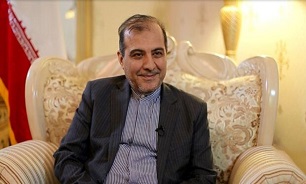 The meetings were held on Tuesday in Nur-Sultan, Kazakhstan as part of the Astana Peace process.

The sides have conferred on the latest developments in Syria, especially the latest situation in Euphrates, Idlib, Constitution Committee and extradition of detainees and abductees during the meetings.

They also dealt with humanitarian aid to repatriation of the refugees and paving the way for Syrian reconstruction.

The Iranian delegation is visiting the Kazakh capital to participate at the 14th Astana meetings which kicked off yesterday.

The talks on Syria, known as the Astana process, were launched by Russia, Turkey and Iran in January 2017 to bring all warring parties in Syria to the negotiating table to complement the UN-sponsored peace talks in Geneva. So far, 13 meetings have been held.

Cooperation between the guarantors of peace in Syria has also been able to preserve the territorial integrity and national sovereignty and independence of Syria.