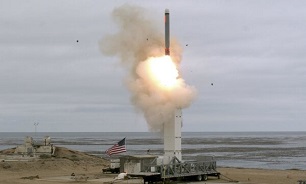 “We voice concern over this new missile test by the United States and announce that US's unilateral withdrawal from the INF Treaty will lead to instability in the world,” Mousavi said on Sunday while addressing his weekly presser in Tabriz.

The US Defense Department has tested a medium-range ballistic missile, the second test in four months of an offensive missile that would have been banned under the Intermediate-range Nuclear Forces Treaty (INF) that Washington exited in August.  The Pentagon said in a statement on Thursday that the test took place earlier in the day from Vandenberg Air Force Base near Los Angeles, California, and the missile flew for more than 310 miles (500 km).

The test was the second of a ground-launched, nuclear-capable missile since Washington exited the INF treaty. In August, the Pentagon tested a ground-launched cruise missile. The United States formally withdrew from the landmark 1987 INF pact with Russia in August after claiming that Moscow was violating the treaty, an accusation that Russia has denied.

The Foreign Ministry Spokesman also highlighted that the UNSC resolution 2231 has not banned Iran from testing conventional missiles, describing some countries’ remarks on the issue as ‘interventionist’.