TEHRAN (defapress)- The United States secretly expelled two Chinese embassy officials in September after they drove onto a sensitive military base in Virginia, The New York Times reported on Sunday.
News ID: 79587 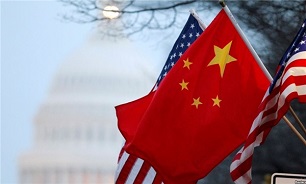 The newspaper, which cited people with knowledge of the episode, said it appeared to be the first time in more than 30 years that the US has expelled Chinese diplomats on suspicion of espionage.

At least one of the diplomats was believed to be an intelligence officer operating under cover, the daily added.

The NY Times reported that the diplomats, accompanied by their wives, drove up to the checkpoint at the entrance to a sensitive installation near Norfolk, Virginia that includes special operations forces.

The guard saw that they didn't have permission to enter and directed them to go through the gates, turn around and exit.

The Chinese officials continued onto the base, evading military personnel pursuing them until they were forced to stop by fire trucks blocking their path, according to the paper.

It said the officials stated they didn't understand the guard's instructions and got lost.

Weeks after the incident, the State Department placed restrictions on the activities of Chinese diplomats, in what it said was a response to years-old Chinese regulations limiting the movements of US diplomats.