TEHRAN (defapress) – Secretary of the Security Council of Russia Nikolai Patrushev said Iran’s legal right to benefit from the 2015 nuclear deal was an ‘unavoidable necessity’ to prevent the agreement from total collapse.
News ID: 79609 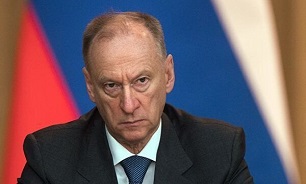 The Russian security chief stressed that the Iran nuclear deal, officially known as the Joint Comprehensive Plan of Action (JCPOA), was an international agreement and all signatories were duty-bound to implement it, adding “Iran’s benefiting from its legal right to the JCPOA and a precise implementation of commitments by all other sides are an unavoidable necessity for preserving the JCPOA.”

He made the remarks in a meeting with his Iranian counterpart Ali Shamkhani on Wednesday in Tehran, a few minutes before the second session of Regional Security Dialogue would kick off with a focus on Afghanistan and fighting terrorism.

The Russian official described the continuation of talks on regional security at the initiative of Iran as a clear sign of an acute sense of responsibility from regional countries for cooperation on preserving peace and stability.

Patrushev further emphasized the need for all sides to work together to establish security and stability in Syria, adding that to prevent the re-growth of terrorism in Syria, the continuation of political initiatives within the framework of the Astana process is highly crucial.

Ali Shamkhani, for his part, attributed the root cause of any insecurity in the region to the will and wish of trans-regional countries, particularly the US and the Israeli regime, stressing that constant vigilance and continued regional collective cooperation could safeguard peace and stability while foiling the enemies’ undermining measures.

The Iranian security chief further thanked Russia for its principled stance on US illegal measures toward the JCPOA, as well as its support for Iran’s measures to reduce nuclear commitments due to US’ lack of commitment and the Europeans’ inaction.

“If Europe continues its path of non-compliance, we will have no other choice but to take the next steps to balance the commitments,” Shamkhani added.