India: Iran Should Use Benefits of N. Deal

TEHRAN (defapress)- Indian Deputy National Security Adviser Rajinder Khanna underlined the need for signatories to the Joint Comprehensive Plan of Action (JCPOA) to provide the ground for Iran to use the benefits of the international agreement.
News ID: 79620 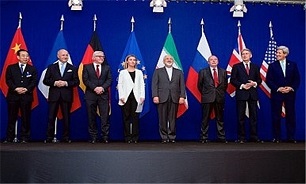 Khanna made the remarks in a meeting with Iran’s Supreme National Security Council (SNSC) Ali Shamkhani on the sidelines of Tehran Regional Security Dialogue on Wednesday.

India defends Iran’s legitimate right to use nuclear energy for peaceful purposes and believes that Tehran is entitled to reap benefits from the nuclear deal, he said.

Compliance of signatories of 2015 Iran nuclear deal to their obligations is influential for international peace and security, Khanna said, adding, “Negotiating and reducing tension are of the best solution for solving regional and international conflicts.”

“Leaders of Iran and India have emphasized broadening and enhancing mutual cooperation," he said.

Shamkhani, for his part, pointed to the amicable ties between Tehran and New Delhi, and said, “The two countries enjoy high capacities in various economic fields in line with broadening bilateral ties.”

In response to the move, Tehran has so far rowed back on its nuclear commitments four times in compliance with Articles 26 and 36 of the nuclear deal, but stressed that its retaliatory measures will be reversible as soon as Europe finds practical ways to shield the mutual trade from the sanctions.