TEHRAN (defapress) – Chairwoman of Money and Capital Market Commission at Tehran Chamber of Commerce, Industries, Mines and Agriculture (TCCIMA) Ferial Mostofi said that trade channel between Islamic Republic of Iran and Switzerland will be launched in near future.
News ID: 79630 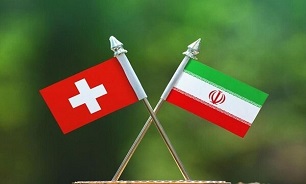 She made the remarks on Thu. in an interview with IRNA and added, “Switzerland had launched a trade channel in the previous edition of the US sanctions imposed against Iran for the exchange of humanitarian goods such as food and medicine as licensed by the Office of Foreign Assets Control (OFAC) at the US Department of Treasury.”

Presently, Switzerland is setting up the same previously-launched trade channel and for this reason and it has received necessary licenses from OFAC, she added.

While criticizing US sanctions imposed on Iran, Mostofi said, “the United States had announced that humanitarian goods and products are not subject to sanctions but we see in practice that these products have been sanctioned and no foreign banks is ready to transact with the Islamic Republic of Iran.”

According to her, TCCIMA, Switzerland, the United States and OFAC have agreed to launch this trade channel.