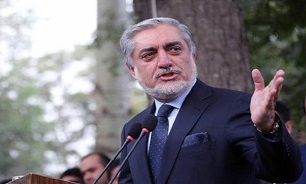 Much-awaited and long-delayed preliminary results for the landmark presidential elections in Afghanistan were announced on Sunday.

Chief Executive of Afghanistan Abdullah Abdullah rejected the initial election results and has assured his supporters to defend from their votes.

Afghanistan Presidential Election was held on September 28th. There were high concerns about the election due to ongoing conflicts as the Taliban had threaded the people not to take part in the vote casting. However, a large number of people have braved the challenges and cast their votes to preserve the rule of democracy in the country.

Moreover, Ghani’s top competitor, Chief Executive Abdullah Abdullah along with a number of other candidates had opposed the votes’ recounting process- an implementation was planned by the IEC to audit the casted votes.

His supporters have staged widespread protests in several provinces as they had blocked the IEC’s centers in seven Northern provinces. However, Abdullah in a press conference, later on, has called on his supporters to allow the commission to implement the process.

But he had warned that his team would not accept any fraudulence results, accusing the IEC and Ghani of committing systematic fraud in the election.