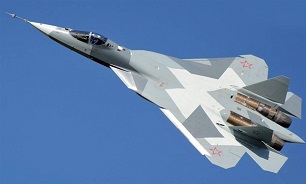 The incident occurred days before Russia’s Aerospace Forces were due to receive their first serial-produced Sukhoi Su-57 fighter jet. Its developer Sukhoi plans to deliver a total of 67 fifth-generation Su-57s to the Russian Aerospace Forces by 2028.

Its civilian pilot catapulted and survived the crash in the Khabarovsk region, Interfax cited an unnamed source as saying, The Moscow Times reported.

The Su-57 — also called the T-50 and PAK FA during development — has been billed as Russia’s answer to the US F-22 Raptor stealth fighter.

Russia has combat-tested the Sukhoi Su-57 in Syria and showcased it at military parades. The aircraft had been tested at least twice in Syria, Gen. Valery Gerasimov, the Chief of the General Staff of the Armed Forces, said last week.

An unnamed Russian military official told RIA Novosti that pilot error or a technical malfunction are believed to have caused the Su-57 crash.