Iran against establishment of Safe Zones in regional countries

TEHRAN (defapress) – Top Adviser to Iranian Leader Ali Akbar Velyati underlined on Saturday that “We do not agree with establishment of a safe zone in Syria or in any other regional countries by foreigners, since it means disintegration of the region and having it managed by foreigners."
News ID: 79704 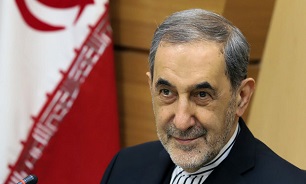 Making the remarks in a meeting with Syria’s ambassador to Iran and his accompany delegation, he added that any change in Syria’s legislation must be done by its people and without the meddlesome of foreign countries.

Velayati noted that the US President frankly says Americans are in Syria for oil, “this is an illegitimate act and an obvious thieving.”

“The Islamic Republic of Iran disagrees with ant type of interference of trans-regional countries in the regional issues and will resist against all the made threats and aggression besides their planned scenarios that seek disintegration of regional countries.”

The visiting delegation, in this meeting, expressed gratitude for Iranian Leader, officials and nation for supporting the oppressed Syrians.