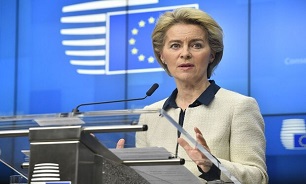 In an interview with Italy's La Republica newspaper on December 27, the new EU Commission Chief said rescuing the nuclear deal with Iran is getting harder and harder.

"It's harder and harder, in order to succeed it is necessary for Iran, too, to live up to the accord, something that is in growing danger," Ursula Von Der Leyen, who was appointed as new EU Commission Chief less than a month ago, was quoted by La Republica as saying.

This is while Josep Borrell, the new EU foreign policy chief, said in a recent interview with France 24 that Iran is moving within the framework of the JCPOA and has not violated the accord.

“The JCPOA is still alive and we make efforts to keep it alive,” he had said, adding that the 2015 nuclear deal has benefits for Europe and efforts must be made to preserve it.

“Definitely, preserving the JCPOA has many benefits for us and it is a common foreign policy of the European Union’s member states. Common foreign policy means that the majority agree with that, however, there may be some different views,” the EU chief diplomat said in an interview with France 24.

In response to the move, and in the face of E3’s failure to safeguard Iran’s economic interests against the US sanctions, Tehran began taking measures to reduce its commitments to the JCPOA in a bid to create a balance between its rights and obligations and also to encourage the other parties to live up to their own share of commitments to keep the agreement alive.