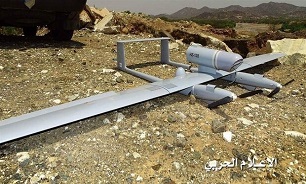 According to Yemen’s al-Masirah television, the country’s air defense forces intercepted and targeted a drone conducting surveillance for the coalition led by Saudi Arabia over the Razeh district of the northern province of Sa'ada on Monday.

Less than a week before, another unmanned aircraft with a similar mission was shot in the skies over the southern Saudi border region of Najran.

During the past few months, at least nine drones of the same type have been shot down.

Saudi Arabia and a number of its regional allies sought to bring the government of Yemen’s Abd Rabbuh Mansour Hadi back to power and crush the Houthi Ansarullah movement when the coalition launched the campaign against Yemen in March 2015.

Nearly five years in, the coalition objectives have not been fulfilled.

The war has claimed more than 100,000 lives so far. That is according to estimates by the US-based Armed Conflict Location and Event Data Project (ACLED), a nonprofit conflict-research organization.