TEHRAN (defapress)- Secretary of Iran's Expediency Council (EC) Mohsen Rezayee lashed out at the Financial Action Task Force for insisting Tehran to approve and join Palermo and CFT conventions, saying that the FATF request is a case of interference in Iran's sovereignty and internal affairs.
News ID: 79744 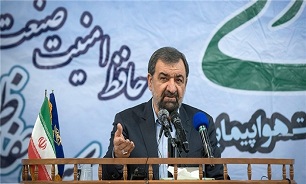 "The recent action by the FATF assembly is suspicious as it has been persistently requesting Iran to approve these two (conventions) out of the 30 requirements that have not been done yet," Rezayee said, addressing a ceremony in Tehran on Wednesday.

"Isn't it interference of a foreign group in Iran's internal affairs? The EC is doing its job; then why does an international group interfere (with this national affair)?" he asked.

The Paris-based Financial Action Task Force, a global anti-money laundering body, has given Iran a final deadline of February 2020 to implement a set of four bills to meet the standards set by the watchdog.

The Expediency Council is in charge of deciding the fate of the two other bills, namely one on Iran’s accession to the United Nations Convention against Transnational Organized Crime, commonly known in Iran as ‘Palermo’, and the other one a bill amending Iran’s Combating the Financing of Terrorism (CFT) law.