Trump to See Repercussions of His Adventurism 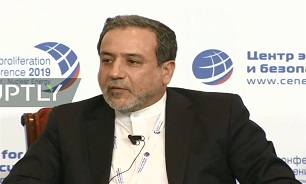 “Threats against the Iranian people are not something new and over the 40 years after the (Islamic) Revolution, we have lived and grown under the shadow of the American threats and become stronger every day,” Araqchi said on Monday.

“This is a failed experience that Trump is trying again,” the deputy foreign minister added, referring to Trump’s recent military threats against the Islamic Republic.

“Trump will see the outcome of this adventurism in the region,” he said. “It began yesterday with the Iraqi parliament’s vote to expel US troops and it will continue until the US complete withdrawal from the region.”

“Many Western nations also believe that this unwise act by the US is the beginning of the end of America in the region and this will happen,” the diplomat went on to say.