TEHRAN (defapress) – In a message to the international community, the Iranian Foreign Minister Mohammad Javad Zarif warned that "if countries do not resist against the US unilateralism now, they will have to pay higher prices later.”
News ID: 79860 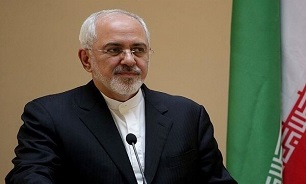 samaneh moslemi/ Following the US refusal to issue a visa for the Iranian foreign minister, the text of the speech prepared by Zarif for a UN Security Council meeting was read out by the Iranian representative to the UN Majid Takht-Ravanchi.

Ever since the current US regime took power and in stark contrast to the UN Charter, more and more threats and attacks on the Iranian people and other nations have been made, and now the United States, in imitation of the ISIL war crimes, is threatening the cultural heritage of thousands of years of Iranian civilization, read a part of Zarif’s message.

Our January 8 measure against a US airbase in Iraq that carried out the cowardly attack on martyr Soleimani was a proportionate response to a terrorist attack and complied with Iran's right to legitimate defense under Article 4 of the UN Charter, Zarif pointed out in the message.

The Iranian foreign minister then described the US withdrawal from important international agreements, including the JCPOA, and its efforts to punish those countries that want to implement the 2231 resolution as "unprecedented" actions and an outright insult to the Security Council.

Zarif further stressed that in order to promote multilateralism, unilateralists should not be encouraged.