TEHRAN (defapress) – Iranian Foreign Minister Mohammad Javad Zarif expressed apologies and condolences to all who have been affected by the tragic Ukrainian plane crash in Tehran, saying that US adventurism has led to this disaster.
News ID: 79863 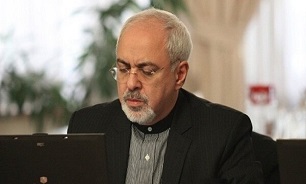 “A sad day. Preliminary conclusions of internal investigation by Armed Forces: Human error at time of crisis caused by US adventurism led to disaster,” Zarif tweeted on Saturday.

“Our profound regrets, apologies and condolences to our people, to the families of all victims, and to other affected nations,” he added.

The General Staff of the Armed Forces said those responsible for shooting down the passenger jet would "immediately" be brought before military justice.