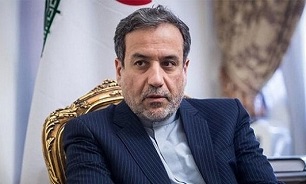 Araqchi made the comments in a meeting with Croatian Ambassador to Tehran Drago Stambuk whose country holds the rotating presidency of the Council of European Union late on Wednesday.

"The recent EU decision to activate trigger mechanism in Iran nuclear deal in Clause 36 of the Joint Comprehensive Plan of Action (JCPOA) is a mistake decision in a wrong time,” he said

Araqchi stressed that the Islamic Republic of Iran has already activated and terminated such mechanism, and said, “Iran’s five steps taken in reducing its commitments under JCPOA is the result of activation of this mechanism and Islamic Republic of Iran has reserved the right to reduce its obligations in accordance with lack of fulfilling obligations by the other parties to JCPOA.”

Although Clause 36, as stipulated in JCPOA, has been observed by the Islamic Republic of Iran, similar move taken by EU3 lacks legal and political bases and cannot be accepted, deputy foreign minister emphasized.

“Iran still lives up to its commitments under JCPOA and if European parties, involved in nuclear talks, honor their commitments, all measures taken by Iran will be reversible,” he added.

Araqchi cast doubt on the effectiveness of EU trade mechanism with Iran dubbed “INSTEX”, and added, “This mechanism has not yet been operational which shows failure of three European countries in honoring their commitments within the framework of JCPOA.”

Stambuk, for his part, voiced readiness of his respective country and European Union for doing any move in line with reducing tension in the Middle East region.

He emphasized that he would reflect concerns of Iranian side to the relevant authorities in the European Union.

Croatia holds the rotating presidency of Council of European Union for a period of six months since Jan. 1,

Araqchi's remarks came after the European states involved in Iran's nuclear talk [including Britain, France, and Germany] started a process that could lead to the United Nations' sanctions being re-imposed on Iran and the collapse of the 2015 nuclear deal after triggering the deal’s Dispute Resolution Mechanism (DRM).