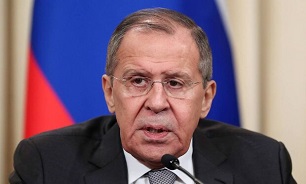 According to TASS, he recalled that the Joint Comprehensive Plan of Action (JCPOA) agreed on in 2015 was "an integral part of international law approved by the UN Security Council in a resolution, which is binding."

"However, the Americans decided to apply their own rules. They withdrew from the JCPOA. They not only stopped honoring their commitments but also prohibit other countries to trade with Iran. On the other hand, they demand that Iran comply with its obligations under the document, which President Trump described as the worst deal ever," Lavrov told reporters at a news conference on Friday.

"This is an alarming situation, and now it is taking an even more dangerous turn. Three European parties to the JCPOA — the UK, France and Germany — sent a letter to EU Foreign Policy Chief Mr. Josep Borrell, in which they stated that they wanted to launch the dispute resolution procedure envisaged by the JCPOA itself," he added.

"When European countries said that Iran must take measures, they expressed regret over Washington’s withdrawal from the JCPOA. However, the demand was addressed to Iran. Just yesterday, I read news reports that German Defense Minister [Annegret Kramp-Karrenbauer] confirmed the rumors that before this letter was written by the foreign ministers of the United Kingdom, France and Germany, the Americans put forward an ultimatum to them, threatening to impose 25-percent duties on cars and other products, if these three countries did not abandon the JCPOA and did not speak in favor of a new treaty that would suit the United States," Lavrov revealed.

On Thursday, in a meeting with High Representative of the European Union Josep Borrell in India on the sidelines of Raisina Dialogue, Iranian Foreign Minister Mohammad Javad Zarif turned down the Europeans’ claim.

While enumerating mistakes and impracticality of European countries involved in Iran’s nuclear talk [including France, UK and Germany] with regards to lack of fulfilling their commitments under JCPOA, Zarif said, “the recent move taken by EU3 in activating Dispute Resolution Mechanism (DRM) is rejected.”