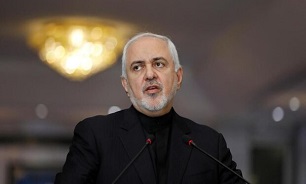 “Politicization of this tragedy must be rejected. Focus on victims’ families,” Zarif tweeted on Friday after meeting with Canadian FM Francois-Philippe Champagne in the Omani capital Muscat. The meeting took place at Ottawa’s request during Zarif’s stopover in Muscat after returning from a security conference in New Delhi.

Zarif said the meeting was held ”to discuss consular, technical & legal cooperation among nations impacted by #PS752 tragedy.” The two sides “agreed on continued exchanges between respective experts,” he noted.

According to a statement by the Iranian Foreign Ministry, the Iranian and Canadian FMs agreed to hold another meeting in the future and it was also decided that the expert teams of two ministries would continue contacts on the plane tragedy.

The General Staff of the Armed Forces of the Islamic Republic later identified the cause of the incident as human error.