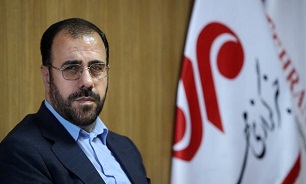 He made the remarks on Sun. in an interview with MNA and said, “some people fight for war but one of the salient characteristics of Iran’s top commander Gen. Soleimani was this that he fought for the spread of peace and security, so that Middle Eastern regional countries and even European owe their lives to the efforts of martyred Gen. Soleimani.

He pointed to the sublime remarks of the Leader of the Islamic Revolution with regards to the “School of Soleimani” and added, “martyred Lt. Gen. Soleimani was a great person and national commander and should be remembered as a symbol of the fight against terrorism in the contemporary world of today.”

If it were not for the drastic measures taken by Gen. Soleimani in Iraq and Syria in the fight against ISIL terrorist groups, the region would certainly face critical problems, he said, adding, “under such circumstances, terrorists would jeopardize security in the US and Europe as well.”

He once again pointed to the outstanding personality and characteristics of martyred Lt. Gen. Soleimani and said, “we witnessed that the most unique and unparalleled funeral procession was held of a military commander for the first time in the country.”

Assassination of Martyr Lt. Gen. Soleimani affected the whole world in a way that almost all parts of the world mourned for Martyr Gen. Soleimani, the Vice President for Parliamentary Affairs Amiri highlighted.