TEHRAN (defapress)- Iranian Deputy Foreign Minister for Political Affairs Seyed Abbas Araqchi warned the US government that the hawks domineering over the White House will further increase Washington’s involvement in state terrorism, reminding that such a policy will expedite the expulsion of American troops from the West Asia.
News ID: 80010 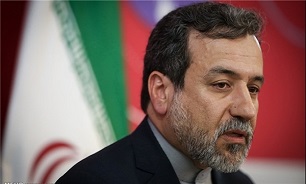 "Assassination of our heroes through US state terrorism started the end of US presence in region," Araqchi said in a post on his Twitter account on Saturday, lashing out at some White House "hawks" for still insisting on its failed maximum pressure campaign against Iran.

On January 3, the United States assassinated Lieutenant General Qassem Soleimani, the commander of the Quds Force of Iran’s Islamic Revolution Guards Corps (IRGC), among others, in an air raid on an airport in the Iraqi capital of Baghdad.

General Soleimani has earned reputation as West Asia’s most revered anti-terror commander due to his indispensable contribution to defeating terrorist outfits such as Daesh across the region.

The strike also led to the martyrdom of second-in-command of Iraq’s Popular Mobilization Units (PMU) Abu Mahdi al-Muhandis along with eight other Iranians and Iraqis.

In retaliation, the IRGC fired volleys of ballistic missiles on January 8 at Ain al-Assad air base in the Western Iraqi province of Anbar, which housed US forces.

Elsewhere in his tweet, Araqchi described the US maximum pressure policy as a clear "big failure" and added that the White House hawks who understand nothing about Iran are still persisting.

He then pointed to a new US threat to assassinate the successor of General Soleimani and said, "Now juniors in DoS-too blind to see mass demonstrations-threaten another General!"

US special representative for Iran Brian Hook has threatened the Islamic Republic with yet another act of state terrorism, saying Washington will assassinate the successor of the late IRGC commander as well if he follows in the path of the martyred general.

“If (Esmayeel) Qaani follows the same path of killing Americans then he will meet the same fate,” Hook said.

Iran's Foreign Ministry Spokesman Seyed Abbas Mousavi said on Thursday that the US threat to assassinate the new commander of the IRGC’s Quds Force is in fact an official publicizing of state terrorism.

"The remarks by this State Department official are an official publicizing and blatant unveiling of targeted and state terrorism by the United States," the Iranian spokesperson added.

In relevant remarks on Wednesday, Iranian Parliament Speaker Ali Larijani condemned the assassination of Lieutenant General Qassem Soleimani by the US, and said Washington is at the peak of its hostile approach towards the Islamic Republic compared with what it has done against Iran all throughout the last 40 years.

The US animosity towards Iran has reached its highest level since the Islamic Revolution, Larijani said in a local ceremony, noting that “We are now seeing a full-scale confrontation” where Washington carries out an act of “state terrorism”.