TEHRAN (defapress) – Denmark said it has arrested three leading members of the Al-Ahwazi terrorist group, which has an office in London, on suspicion of spying for Saudi Arabia.
News ID: 80107 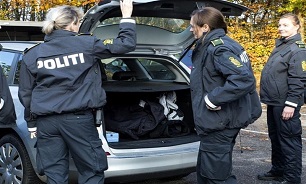 “It is the view of PET (The Danish Security and Intelligence Service) that the three people, in the period from 2012 to 2018, have been spying for a Saudi Arabian intelligence service,” PET chief Finn Borch Andersen told reporters.

The three Saudi-backed terrorists have been under close police protection and one was the subject of a 2018 assassination plot that was prevented by PET after a major police operation, he added, Reuters reported.

On September 22, 2018, the Al-Ahwazi group carried out a terrorist attack on Iran's soil, killing soldiers and civilians. Twenty-five people were killed, one of them a four-year-old child and at least 70 were wounded.