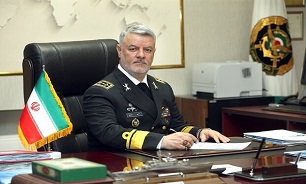 “We have been long striving to drive the US out of the region,” Iranian Navy Commander Rear Admiral Hossein Khanzadi said on Thursday regarding the presence of American troops in the Middle East.

“The terrorist regime of America had no idea that its foolish assassination of Lt. Gen. Ghasem Soleimani would send the regime into a spiraling downfall,” he added.

Soleimani, the commander of the Quds Force of Iran’s Islamic Revolution Guards Corps (IRGC), and Abu Mahdi al-Muhandis, the second-in-command of Iraq's Popular Mobilization Units (PMU), were killed in US airstrikes in the Iraqi capital Baghdad on January 3, upon Donald Trump’s direct order.

Many American politicians slammed Trump's assassination of Gen. Soleimani as a dangerous provocation which risks bogging the US down in yet another dangerous military conflict in the region.

On January 30, the US House of Representatives passed two pieces of legislation aiming to contain Trump’s war powers.