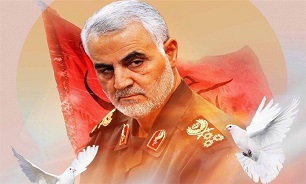 In remarks on Sunday, Brigadier General Sharif said the coincidence of the anniversary of the 1979 Islamic Revolution’s victory and the 40th day after martyrdom of Gen. Soleimani will increase the Iranian people’s motivation to attend both of the events.

In addition to praising and commemorating Gen. Soleimani’s major role in the country’s security, the “great and noble” nation of Iran will attend the nationwide rallies due to be held on Tuesday to celebrate the revolution anniversary, he said.

According to the schedule, a memorial service on the 40th day after Gen. Soleimani’s martyrdom will be held on Thursday, the spokesman added.