TEHRAN (defapress) – Russian Foreign Minister Sergey Lavrov condemned the US’ ‘out of line’ measures against Iran including the assassination of Lieutenant General Soleimani in a Trump-ordered airstrike at Baghdad Airport on Jan. 3.
News ID: 80239 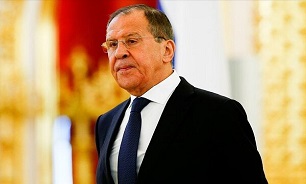 "The Pentagon’s attack on January 3, 2020 on Baghdad’s airport that killed General Qasem Soleimani, the head of the Iranian Revolutionary Guards’ elite Quds Force, was a brazen violation of international law. Moreover, it was a civilian airport. So, I reiterate what I recently said during my visit to Sri Lanka - these actions of the Americans are out of line," he told Italian La Stampa newspaper, Tass reported on Monday.

"We condemn any action running counter to principles set out in the UN Charter and that lead to more tensions in the region," he underlined.

Normalization in the Middle East can only be achieved through dialogue, he said, adding that "Russia is standing for overcoming existing differences exclusively through dialogue, at the negotiating table. This is what the Russian strategy for collective security in the Persian Gulf revealed last summer is focused on," he said.

The minister added that unlike other confrontational ideas proposed by certain states, Russia is offering the region a constructive and unifying agenda and is calling to establish mechanisms of a joint response to challenges and threats.

"We are convinced that gradual implementation of this initiative would be an important step to normalize situation across the whole Middle East and would lay the foundation for establishing architecture of mutual trust there," Lavrov stressed.