TEHRAN (defapress) – Vote counting results in the electoral district of Tehran shows that Mohammad Baqer Ghalibaf, the former Tehran mayor, has gained most of the votes in the 30-candidate Principalists list called Unity.
News ID: 80303 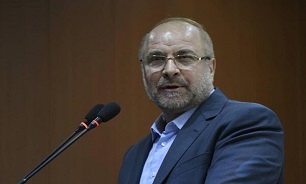 The results show that the head of the 30-candidate list of Principalists, Ghalibaf, has gained 72% of the votes with at least 1,350,000 votes in Tehran so far.

Mohammad Reza Aref, the head of the Reformist list has gained 49% of the votes in Tehran.

According to unofficial reports, members of the Unity list were fully elected in the first round of the 11th parliamentary election.

Millions of Iranians cast votes for the 11th parliamentary election as well as Assembly of Experts’ mid-term election (in some provinces) on Friday across the country.